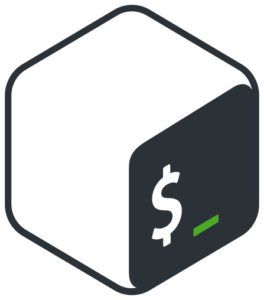 I was sitting in a talk that was being given by Ell Marquez at Linux Fest North West and at the start of her talk, there was a comic. In this comic, it indicates that to defuse the bomb, you have to be able to enter a TAR command without Googling. Of course, they are all doomed.Since we have covered some of the cool tricks that can be done with AWK and SED as well as Navigation and Event Designators, this time, we will make sure that you are able to save the world when it comes time to use the Tape ARchive command. If you are familiar with ZIP, then you will be familiar with TAR. Basically, this is used to archive files into a single, hopefully, smaller, file. Sometimes you will hear these referred to as a “tarball”.

Figuring out what is in a TAR Archive

So normally when you are provided with a “tarball”, you go get it and then you extract it onto your system. This raises the questions, where will the files be created and what will be created? We can inspect the .tar file to determine what is in it. Remember that when we are working with TAR, we want it to be Verbose and so we add the v flag so we can see what it is doing. In the case of listing the contents of the archive, adding verbose or v is the same as asking for a long listing in the ls command by adding -l.

Ok, let’s get real, no one does this; this is what it would look like if you read the man page and decided that you wanted to type all of the things. I am lazy and I like to get things done with the least amount of typing on my part. What you see here is the same as this:

The only odd thing here is that --list is replaced by -t and then we can add all the flags to the same - statement. This means that for the rest of the examples I will show you the shorthand and you can decide how you want to do it. So now let’s look at some actual output.

In this case, we can see that all of the example files were included in an example directory. This means that when we extract this, we will get that directory in the output. If the path is only the files and there is not a directory included, then the files will end up in the directory that you are in, unless you specify an extraction point.

So now that we know what is in there, we want to get it out of there. This is a matter of running the eXtract flag and the File flag.  Remember that we can add the Verbose flag so that we can see what it is working on.

In this example, we extract the files into the example directory.

If we wanted to indicate where we wanted the archive extracted, this would require the addition of the -C flag and a location as an argument. Think of this as “copy” the extracted files to the location indicated.

And the last thing that I want to talk about is extracting only one file from the archive. This takes the form of tar -xf ( archive name ) ( file name ) as in this example.

Whew, this is a long one! We cannot leave, though, without knowing how to create an archive. The simplest way is to point TAR at a directory and use the -c flag for Create in the form of:

This is how the example archive that we have been using was created:

One last thing: let’s add a file to an existing archive. The -r flag is used to append to the directory and it takes the same syntax as “create”; the name of the archive and then the file.

As you can see, the examplefile4 was added to the previous archive that we have been using.

I can’t believe I read the whole thing!

I know this was a crazy long blog post, but if you’re looking to dig into the TAR command a bit more, check out LPI Linux Essentials at Linux Academy.If you want to learn more, head on over and sign up for a 7-day free trial to see how the #1 Learn-by-Doing training platform can help you grow your skills. We also have a free community edition and offer the best hands-on Learn by Doing training there is! Until next time, keep on learning!